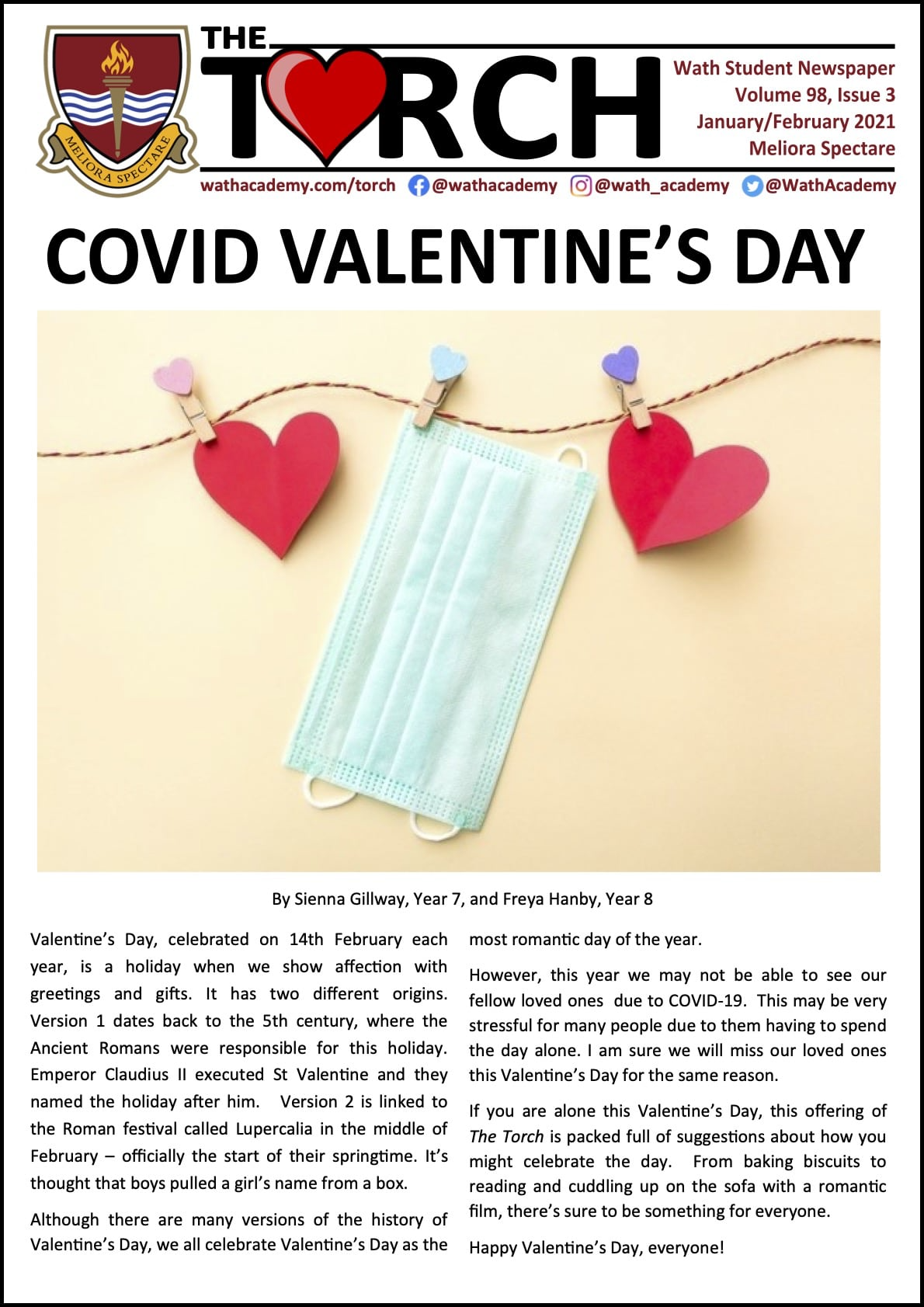 The Torch is the student newspaper of Wath Academy.

Read the January/February 2021 edition of The Torch now!

Alternatively, you can read past editions of The Torch and its predecessors from the last hundred years below.

Originally called The Wath Magazine, the school publication was renamed The Wathonian in 1930. World War II reduced its frequency from termly to annually, but it was still going strong in the 1970s. The Wath Chronicle launched in 1992 and ran for a decade. The mid-2000s introduced In Touch, which evolved into The Torch in 2014 and is currently published every half term.

We would love to fill the gaps in our archive. If you have an issue not listed on this page, please contact us.

Sorry, no back issues from this decade are available.